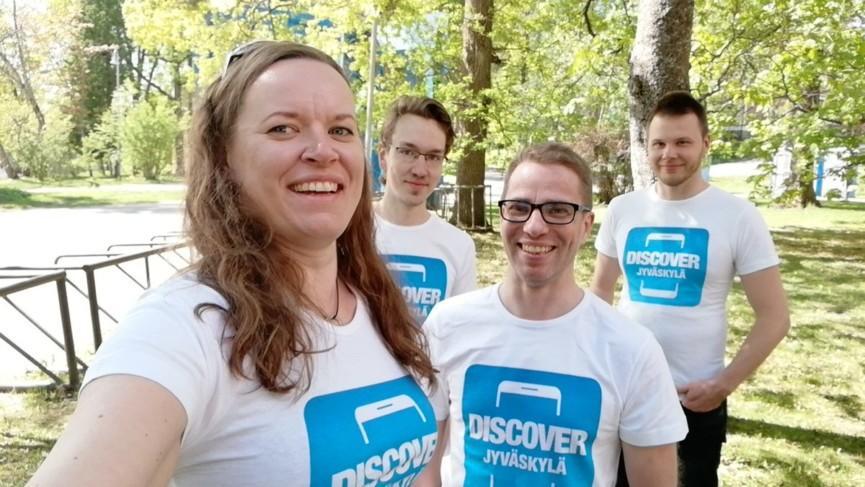 A short story of Memorandum Unlimited

Juha Laakkonen and Elina Rauhala had wanted to popularise history and bring it to a broader audience ever since they met in 2000. Eighteen years later, already as PhD students of Finnish history and ethnology at University of Jyväskylä, they proceeded with valorising their research by utilising digital technology and augmented reality and established a company Memorandum Unlimited.

What were the most important steps to make things happen? Juha shared the story of Memorandum Unlimited with us.

The science popularisation course Juha attended at his university played an important role in understanding why and how he should valorise his history research. Juha came up with an idea to use augmented reality (AR) to visualize history through a mobile application. Utilising old photographs became the heart of the idea execution. At a time the AR technology was already widely accessible to the IT sector, however the usage of AR in mobile applications was rather new.

“Talk to as many people as possible, even strangers. You never know who you are speaking to and what can come from it. Test your idea, evaluate the feedback. Don’t spend too much time alone developing the idea. Have a courageous mind and implement.” According to Juha, having the guts to establish a business was crucial.

Juha and Elina understood quickly that in order to succeed they needed to build a diverse network of ambassadors for their idea as well as business partners. They actively scanned the market and contacted different stakeholders. As a history and ethnology research was only part of the actual business idea – the other part being augmented reality in a mobile application – Memorandum Unlimited subcontracted a software development company to help them to implement the idea.

In order to acquire business knowledge Memorandum Unlimited took part in two accelerator programmes. The first one – run by Helsinki based xEdu – focused on teaching and technology. Memorandum Unlimited utilised xEdu’s network and received coaching for the educational part of their business idea. The second one – run by Jyväskylä based Startup Factory – focused on general business development and offered various types of coaching.

“Selling and marketing is everything and you have to do it every day – explaining the added value as well as showcasing the tangible outcomes,” says Juha. However, only by understanding the customer’s needs one can acquire a long customer relationship.